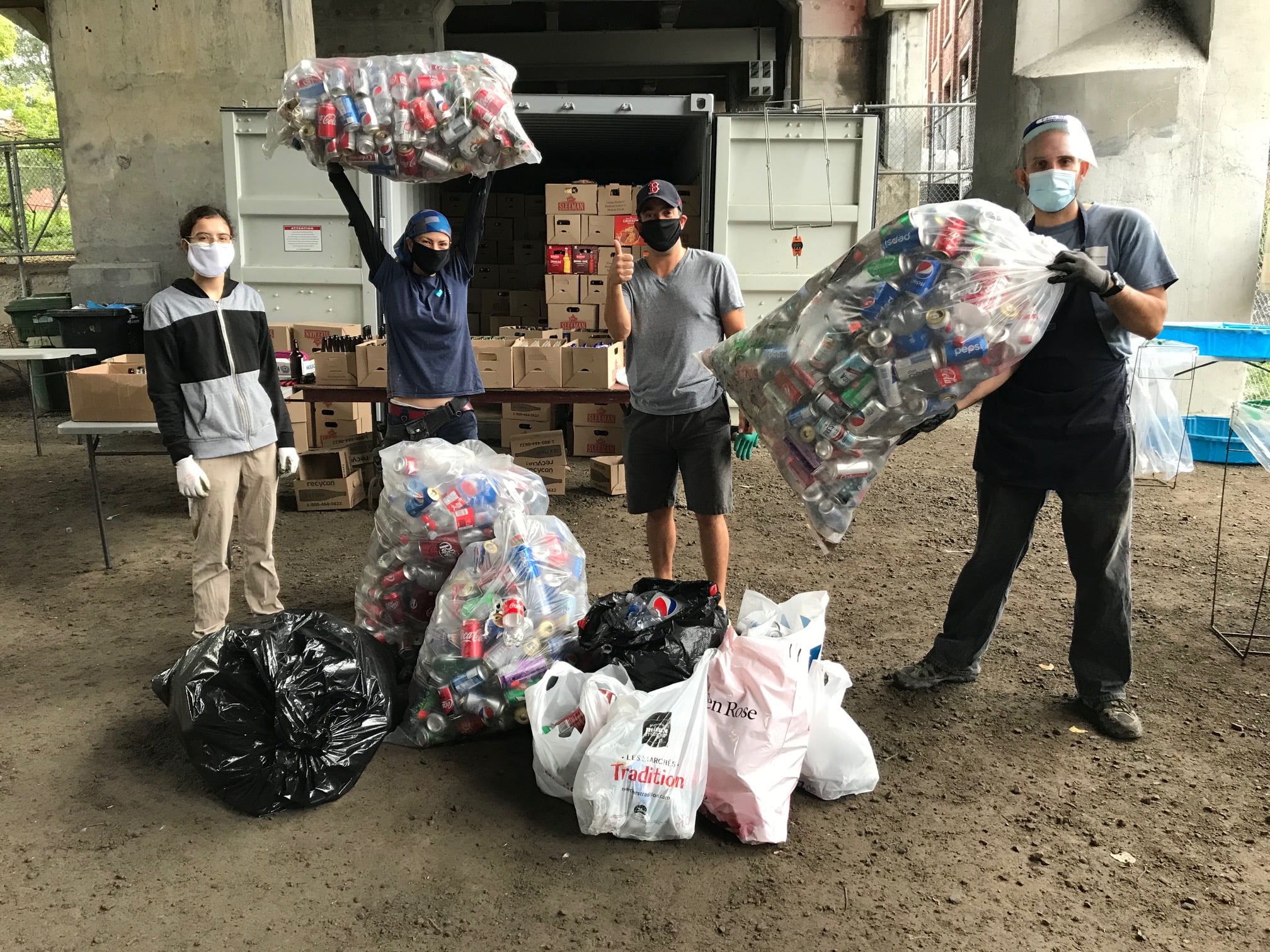 Opening of a new deposit center for returnable containers!

Starting in December, the public and local businesses will be able to drop off their returnable containers at a new drop-off center located in downtown Montreal, more precisely in the former bus station building at the corner of Berri and de Maisonneuve streets.

The depot will be open to the public year-round, and citizens will be able to return their refundable containers to three containers located outside in the former bus lane at the back of the building.

The drop-off center, which will also include a sorting center of more than 1,000 square feet, will be managed by Les Valoristes Coop, a social economy enterprise.

The Coop Les Valoristes employs thousands of men and women in vulnerable socio-economic situations. They collect refundable beverage containers, mainly during the summer, in their temporary installation under the Jacques-Cartier Bridge, in public spaces and in citizens’ bags and recycling bins. Every day, they process more than 25,000 containers (and up to 80,000 on certain summer days) thanks to their sorting tables, which are unique in Quebec. This year, due to the pandemic, the Coop had exceptional results with a collection of 2.4 million containers in only 80 days.

The new facility comes at the right time for the Co-op, which will now be able to continue its activities in all seasons, collect more containers and develop more efficient sorting techniques.  For citizens and businesses, it’s also a way to kill two birds with one stone: do something for the environment while creating jobs for people in need.

As a long-time partner, Consignaction supports the initiatives and mission of the Les Valoristes solidarity cooperative, which has collected and sorted nearly 5.5 million returnable and non-returnable containers since its creation in 2012.