We made ourselves a nice gift! 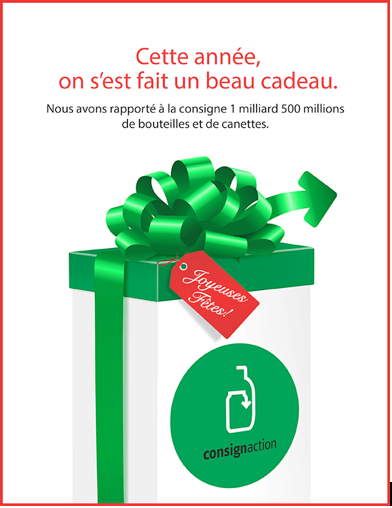 We made ourselves a nice gift!

Consignaction launched a public awareness campaign during the holiday season, when the consumption of soft drinks reached its peak. Rather than asking Quebeckers to return their consigned containers as they do each year, Consignaction has chosen to thank Quebecers, businesses and its partners for their support during the year 2017. We have seen and heard the campaign in social media as well as on the radio.